I have been so much blessed by the ministry of Paul Ellis since the beginning of my encounter with the gospel. He is the first person I got into contact with via his blog, Escape To Reality. He actually inspired me in creating this blog and links to awesome teachers of the gospel of grace I never knew were on the planet earth. I have created a new category and page on my blog, focusing on Hyper-Grace. What is hyper grace? Paul Ellis new book Hyper Grace Gospel answers this question and many other questions beautifully. Enjoy!!

Here’s something you may not know about grace: Jesus never defined it. As far as we know, the Lord of grace who came from the throne of grace full of His Father’s grace, and from whom we have received grace upon grace, never uttered the word grace.

But He sure showed it.

Actions speak louder than words. Jesus did not come to preach grace but to be grace and He did this by loving unconditionally and forgiving indiscriminately.

Jesus hung out with crooks and conmen and hookers and tax-collectors. He ate with sinners and Pharisees and reached out to filthy foreigners. He told stories of radical grace, defended the guilty, and forgave the unrepentant. And in the greatest demonstration of love the world has ever seen, He gave up His life so that through Him we might truly live.

If grace is Jesus, what is hyper-grace?

My view is that hyper-grace is extreme grace. It’s over-the-top grace. It’s grace on steroids. In the words of John it’s grace upon grace:

For from His fullness we have all received, grace upon grace. (John 1:16, ESV)

God isn’t cheap when it comes to lavishing His grace upon us. He gives abundantly out of His fullness. God does not give grace in proportion to our needs, but in accordance with His riches (Eph. 1:7). The thirsty man gets to drink from Niagara Falls.

When dispensing grace God gives much more than what you would give to your own children. You may be the most generous parent in the world, but your heavenly Father is more generous still. In the competition for Best Dad Ever, God comes first and daylight second.

The rushing flood of God’s grace is so great that the sandcastle of your sin cannot hinder it. Paul wrote that where sin abounded, grace did much more abound:

But where sin increased and abounded, grace (God’s unmerited favor) has surpassed it and increased the more and superabounded. (Romans 5:20b, AMP)

The word Paul uses for describing grace—superabounding—is made up of two Greek words: (1) huper, from which we get the English prefix hyper, meaning “over, beyond, and above,” and (2) perisseuo, which means “superabundant (in quantity) or superior (in quality).”

So to say that God’s grace is superabundant only takes you halfway to Paul’s meaning. “It’s more than that,” says the apostle of grace. “It’s over, beyond, and above superabundant. It’s super-superabundant. It’s hyper-hyper-grace.” That’s not me putting a spin on Paul’s words. That’s what he actually says.

The proof of hyper-grace

Let me prove this with a question: How much does God love you? Can you quantify His love for you? You cannot. On a scale of one to the biggest number you can think of, God’s love for you is greater still. It’s Buzz Lightyear love. It reaches to infinity and beyond.

In the Bible we are challenged to plumb the depths and ascend the heights of Christ’s limitless love for us. Paul prayed that we might have the power to

grasp how wide and long and high and deep is the love of Christ, and to know this love that surpasses knowledge … (Eph. 3:18–19)

This is an astonishing request. “May you grasp the ungraspable, comprehend the incomprehensible, and know the unknowable.” This is a prayer that can never be fully answered. Try and locate the boundary of Christ’s love for you and you will never succeed. His love for you is greater than you can know or imagine.

Again, that’s not me spinning Paul’s words. That’s what he actually says. The love of Christ surpasses knowledge.

Trying to wrap your head around His love is like using a thimble to measure the oceans.

Peace and Love to you and yours!!

Sharing the grace gospel is Caring for a dying world:

2 thoughts on “WHAT IS HYPER-GRACE”

a Walk With Jesus Book

My passion and obsession is to "See the Beauty of the Person of Christ, and Spread the fragrance of His Grace in every place"
May the altogether lovely Jesus, be MAGNIFIED before your eyes, and fill your heart with HIMSELF, as you peruse gravity of grace blog. Lots of love to you!!!
-McDaniels Gyamfi

Rom 8:24 For in hope we were saved. Now hope that is seen is not hope, because who hopes for what he sees? 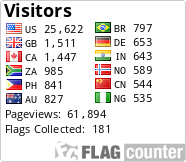 McDaniels A Gyamfi | Create Your Badge

1. 1 Corinthians 1:4 I thank my God at all times for you because of the grace (the favor and spiritual blessing) of God which was bestowed on you in Christ Jesus.

"Thank you Father for the gravity of your unmerited favor lavished upon me. I boldly confess by faith... your grace is sufficient for me today, to do greater works on this side of heaven. I do not lack anything, because you supply all my needs according to your riches in glory, by Christ Jesus". Amen!

I have been made alive in Christ Jesus and the life that I live in this earthen vessel, its Christ that live in me. I boldly confess that I am a new creature in Christ Jesus and have the fullness of God in me... in power, wisdom, hope, peace, knowledge, and wholeness. I am living life to the fullest, till it overflows through me to those around me. I have good health, peace, purpose, power, wealth, joy, salvation, wisdom and prosper in all facets of my life

3. 2 Corinthians 1:21 But it is God Who confirms and makes us steadfast and establishes us [in joint fellowship] with you in Christ, and has consecrated and anointed us [enduing us with the gifts of the Holy Spirit].

Thank you precious Father, through Christ Jesus you have freely endowed me with the supernatural ability in my born again spirit. I yield myself through faith for the manifestation of the Spirit gifts in me, for the advancement of your kingdom, in Jesus name.